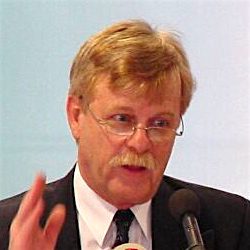 Christopher Lamb is a former Australian Ambassador and is now Special Adviser to the Australian Red Cross and the IFRC. He also has advisory responsibilities with many RCRC National Societies, business groups and universities. He is president of the Australia Myanmar Institute and holds positions with several NGOs and foundations. As Special Adviser on International Relations for the IFRC until his retirement in June 2010, he was responsible for the diplomatic positioning of the IFRC and National Red Cross and Red Crescent Societies in the international intergovernmental and non-governmental communities. He coordinated the development of IFRC positions in various humanitarian and political fields, supporting the work of National Societies in these respects through the development of the IFRC’s policy on humanitarian diplomacy. Before joining IFRC in 2000, he was an Australian diplomat and Ambassador to Myanmar, Serbia, Romania, and the Former Yugoslav Republic of Macedonia, after serving in several multilateral and bilateral posts and as foreign ministry legal adviser.