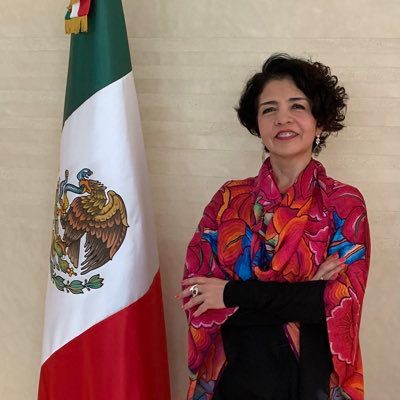 Ambassador of Mexico to Morocco

Ambassador of Mexico to the Kingdom of Morocco and concurrent to Côte d’Ivoire, Guinea Bissau, Mali and Senegal. She has also been Ambassador to Argentina and Guatemala.

At the Mexican Ministry of Foreign Relations, she served as Director for Political Affairs and Migration of the General Directorate for North America and as Deputy Director for Political Affairs and Security at the General Directorate for the United Nations. She was commissioned at the National Migration Institute of the Ministry of the Interior as General Coordinator for Inter-institutional and International Affairs.