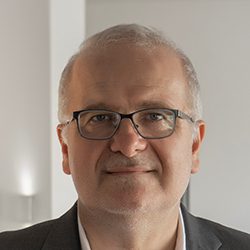 Richard Werly is Diplo’s Senior Strategic Advisor. A journalist and expert, Richard has been the permanent correspondent in Brussels for the Swiss daily Le Temps (www.letemps.ch) since November 2006, covering the European Union and NATO. Previously based in Asia (Bangkok, Tokyo), Richard has also served as a foreign editor in Geneva, on several expert panels of the Asia-Europe Foundation (www.asef.org), and has written columns for Europe’s World online (www.europesworld.org).

He is a member of the Board of the Geneva Human Rights Film Festival (www.fifdh.ch) and of the Centre Lebret-Irfed in Paris (www.lebret-irfed.org), an international network providing education courses on development issues.